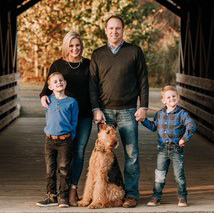 Dr. Perry is a board-certified gynecologist who has been practicing in the Atlanta area since 2001. Dr. Perry has been married to his wife Candace since 2011. They have two sons, Colin and Cameron.

Save Time at your Appointment! Download Our Online Forms.

For your convenience, we have provided the following forms for you to print and complete before your office visit.

Read our excellent ZocDoc reviews and Book your Appointment.